usaguidedtoursboston
Friday, 01 March 2019 / Published in Latest Blog, Things To Do in Boston

We’re still about a month away or so from the launch of USA Guided Tours Boston, with our half-day “Preview Boston” and full-day “Historic Discovery” bus tours showing you the best of Beantown and surrounding cities Lexington and Concord. From Hahhhvahhhd Yahhhhd (sorry, couldn’t resist) to the homes of Louisa May Alcott and Ralph Waldo Emerson, from Back Bay to Boston Harbor, our excellent tour guides will give you the low-down (and high-up!) on the past, present, and future of this revolutionary, historic area.

We couldn’t let March go by, however, without giving you the best tips for what is arguably the city’s most important holiday . . . Evacuation Day, of course!

Just kidding — but only kind of. Evacuation Day, the day in 1776 when the British abandoned Boston after an 11-month siege, is an official holiday in Boston’s Suffolk County. That day just happens to be March 17th: the day of the other most important holiday in Boston. I’m talking, of course, about St. Patrick’s Day.

Boston’s Irish roots go back to colonial times, although the largest waves of immigration occurred in the mid-19th century during Ireland’s Great Famine (1845-49). In fact, Boston has the largest percentage of Irish-Americans than any other metropolitan area in the country: 22.8 percent, according to the last U.S. Census.

Simply put, there’s no better place to get your green on in March than Boston — so let’s check out the best of St. Patty’s Beantown has to offer!

The good news is that you can do most of these things anytime you visit, although a few iconic events take place only on the holiday weekend — starting with Boston’s world-famous St. Patrick’s Day Parade. The route down Broadway is in the heart of South Boston — or “Southie,” a historic Irish Catholic neighborhood. Get out at the Broadway T station on the Red Line, and you’ll be right where the marching starts at 1PM on Sunday the 17th.

As with all parades, your view will be better the earlier you arrive. So dress warm if it’s chilly, and take an umbrella if it’s misty!

If you’re more interested in getting a workout in before a day sampling some of Boston’s best (green-dyed!) beers, consider registering for the 11AM St. Patrick’s Day Road Race. This 5k partly overlaps the parade route, and all proceeds benefit the Edgerley Family South Boston Boys and Girls Club.

If you like to move at your own (slower!) pace, consider the 3-mile self-guided Irish Heritage Trail created by the Boston Irish Tourist Association. You can pick up maps at the Visitors Centers on Boston Common and in the Prudential Center — or check an online version out here — and get a great history lesson. From the Rose Kennedy Garden in the North End’s Christopher Columbus Park to the Boston Irish Famine Memorial downtown, you won’t get a deeper dive into Boston’s Irish history unless you’ve got a leprechaun for a guide!

Finally, we can’t forget the brews and the blues, St. Patty’s-style. There are many great Irish pubs throughout Boston, but we’d like to single out Doyle’s in Jamaica Plain. Open since 1882, it’s just around the corner from Sam Adams; sometimes, the brewery even tests its ales out at the pub.

While you can sample a pint o’ Guinness at Doyle’s anytime, however, consider the St. Patrick’s Festival at Harpoon Brewery — featuring a plethora of excellent beers and live music — if you’re in Boston on the weekend of the 8th and 9th. Speaking of live music, Boston favorites the Dropkick Murphy’s (almost certainly distant relations!) put on their annual hometown shows at the House of Blues from the 14-17th.

So, be sure to time your Boston vacation with the best holiday of year — and happy “Evacuation Day!”

What you can read next 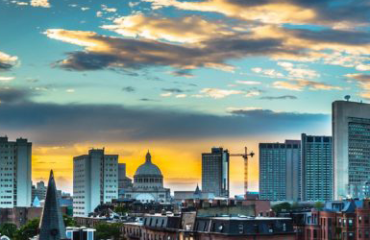 The Fourth of July’s Always “Pop”ping in Boston! 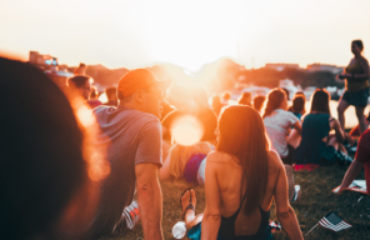 June In Boston: Time for the Great Outdoors 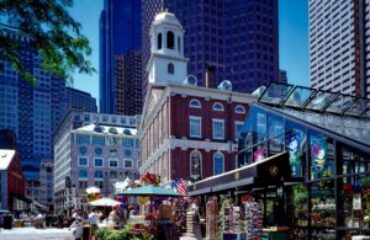 See the Best of Boston with USA Guided Tours